The Key to 10-fold boost of productivity – Processing pipes, tanks and dished ends on a single machine

Until now, pipes, connection pieces, tanks and dished ends have been cut on separate machines. But MÜLLER OPLADEN has now developed a hybrid machine on which the various workpieces can be processed with precision. The outcome is huge time savings coupled with high production quality. Field test customers have reported a 10-fold boost to productivity..

To simplify and rationalize production processes, MÜLLER OPLADEN has combined its 3D profile cutting technology for the processing of pipes (connection pieces), tanks and dished ends on a single machine. For this purpose, it has created not only a special cutting head, but also a self-centering, tiltable 3-jaw chuck that receives the very different workpieces in one and the same clamping system. For the processing of pipes, connection pieces and tanks, the chuck is vertically positioned. To cut dished ends, the chuck tilts hydraulically through 90° into the horizontal.

The hybrid machine operates with 6 CNC-controlled axes whose motion and speed are mutually adapted during the cutting process. This ensures the accurate positioning of the workpiece in relation to the flame cutter in order to achieve precision cutting results.

The other innovative components of the machine are the robot-like 3-arm cutting head, the tracing system for measuring the various workpieces and the carriages for supporting the tanks and pipes during cutting. In addition, MÜLLER OPLADEN can also offer fully automatic logistics strategies for the automatic supply/removal of workpieces to/from the cutting process and the supporting of tanks and connection pieces during rotation.

When the workpiece has been centrically clamped, a laser measuring system scans the workpiece surface. This is a way of ascertaining the levelness of the workpiece in the area where the contour is to be cut. Differences in surface height are compensated for during the cutting process.

The data for each cut are generated online at the machine or offline at an external workstation by parameter input with the aid of a macro-based software system developed by MÜLLER OPLADEN. After preparation of the cutting data, the machine is capable of executing single cuts as well as multiple cuts on the nesting principle in a sequence (to optimize material usage).

The machine can be equipped with a marker (usually on the inkjet principle) that communicates with the machine’s measuring system. Inscriptions or markings can be applied at the cutting positions. Assembly markings, for example, can be very useful for the subsequent welding of pipe connections or other components. 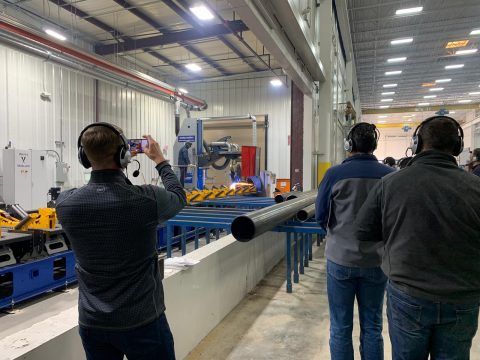 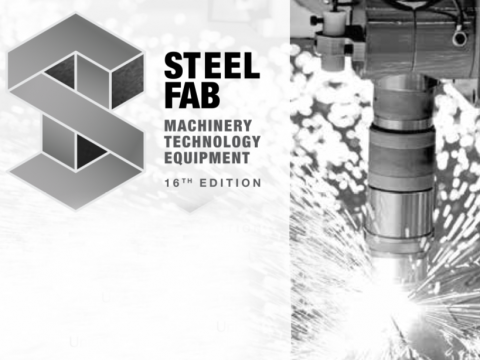 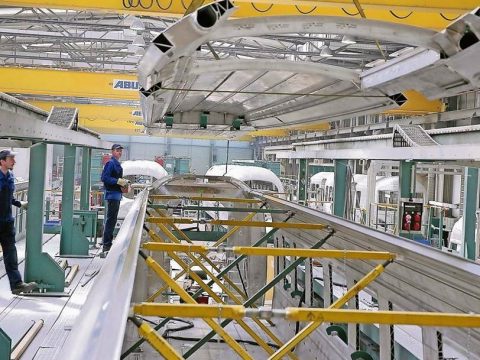